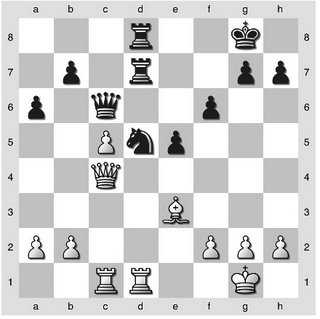 In the above position, after 27. Bd2 Kh8 28. Ba5??, how many ways does black have to win?  This is what I contemplated for about 20 minutes after missing the move(s) and letting the win slip away along with my team's chances of winning the U1800 title.  Excuse me while I bang my head against the table for awhile.
posted by Ian  # 5:58 PM 3 Comments Links to this post 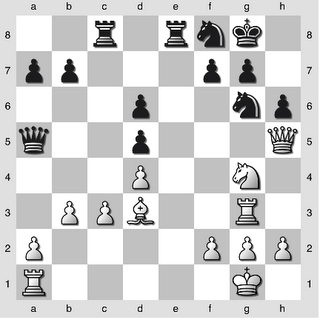 First the good news: a rare short win this weekend at the USATE where my opponent assisted me on a nice combination...in the following position he played 11...QxN (forced) and after 12. Bc4 Qxd4?? there is a forced win of black's queen in 3.  A painful missed opportunity will be posted later. 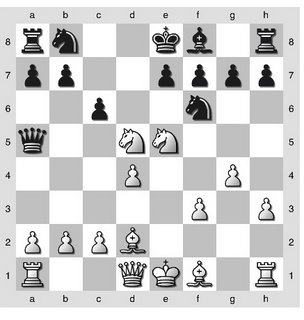 In reviewing my openings in preparation for USATE, I have finally made my way to the question of what to play against Bird's Opening (1.f4)? On those rare occasions when I encounter it, I have been playing the Schlechter's Gambit 1.f4 e5 2.fxe5 Nc6, but a review of lines at the French site "L'Ouverture Bird" has been rather discouraging. And I have to ask myself, "Why play something risky against somebody foolish enough to play 1.f4 anyway?" There is always Kasparov's choice (see Romanishin - Kasparov, Leningrad 1976) of 1.f4 d5 2.Nf3 Nf6 3.e3 Bg4 4.b3 Nbd7 5.Bb2 c6 6.Be2 Qc7 7.O-O Bxf3 8.Bxf3 e5, which looks reasonable.

What do Bird player's fear? What do you play against this? What would Don do? Or, what would Don rather you didn't? :-)

posted by Michael Goeller  # 8:12 AM 2 Comments Links to this post


What USATE Teams Do We Have?

What other teams have Kenilworth Chess Club members? How many "Chessaholics" teams is Mike Wojcio putting together?

Use the comments to answer, or if someone wants to give a complete listing in a post that would be great.

posted by Michael Goeller  # 7:59 AM 1 Comments Links to this post

Welcome to our new blog for interested members of the Kenilworth Chess Club community. Use this blog to post information of interest to other members and the larger chess community, including opening analysis, recent games, news, and club notes. If you are interested in writing in this space, contact our webmaster, Michael Goeller, or any Kenilworth Chess Club officer.

posted by Michael Goeller  # 9:44 AM 0 Comments Links to this post